‘You’re in the soup if you can’t answer this!’

So said quiz master James Bisset. Well, maybe not quite …

As soon as I saw the notice that the Western Cape Commandery of the Order of St Lazarus would be holding a Soup and Quiz evening, I felt a rare buzz. I must be one of the least competitive people I know, except when it comes to general knowledge quizzes. So immediately I began making plans as to which team I’d join for this one. If you don’t know everything in life, be sure to join forces with someone else who does.

The chilly winter Cape Town evening arrived. The parish hall of St Michael and All Angels, Observatory, soon filled to capacity and there was nothing chilly about this crowd. They were ready. I spotted a number of interesting Capetonians, such as well-known members of the legal fraternity and the editor of that book by Jacques Pauw. Suffice to say I was rather pleased with the members of my team.

But first things first … supper was served, and one could choose which delicious soup to have (Shaun, Rouxle, Heather and friends doing kitchen and bar duty) and then we were instructed to choose names for ourselves as teams. We rambled through a few options and eventually decided on the not-so-creative ‘Wisemen’, but would it prove to be prophetic? Competition was obviously going to be stiff.

Soon our efficient quiz master James Bisset, backed by audio-visual technology managed by his friend Derrick, explained the drill for the night. Categories included history, literature, famous people, sport, geography, flags and music – both classical and pop. Hmm, some challenges there. As we went through the questions, there were groans, ahas, spontaneous songs of victory and plenty of laughter, and even spot prizes. The point is, we were having a great time.

Most importantly, it was all in a wonderful cause as the funds raised would be going towards the excellent work done by the Cape Commandery in its upliftment project with teenage girls of Hanover Park and the Cape Town Pilgrimage, being run by Caroline and her team.

And as for the choice of my team’s name? Let’s just say the prophecy came true and we left with our marbles well-polished, and gift vouchers to boot. So, thank you to all the members of St Lazarus who worked hard to put on such a good evening. And can we please do it all again next year? 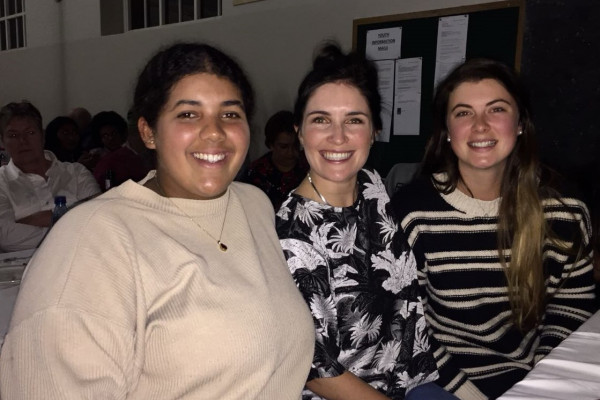