Armistice Day or Remembrance Day (traditionally the 11th day of the 11 month in commemoration of the official cessation of hostilities in World War I) is a day when people around the world pause for a moment to remember those who have fallen in armed conflict.

Veterans and their associations, serving members of the military, cities, public and private bodies this year commemorated the centenary of the ceasefire in the ‘War to end all wars’.

In South Africa, the City of Cape Town – along with this country’s other major centres - annually hosts a large public parade and multi-faith service to commemorate those people of all nationalities who have paid the supreme sacrifice. This is not just members of the armed forces, but also those civilians who have lost their lives in times of war and insurrection.

As is right, Dame Tamra Capstick-Dale, Grand Bailiff in the Grand Bailiwick of South Africa, laid a wreath at the City’s cenotaph, where it stood proudly amongst the many wreaths similarly laid by diplomats from various countries, numerous officers commanding currently serving units in the South African National Defence Force, representatives of international service and veterans associations and a handful of private individuals, in memory of loved ones lost in recent conflicts around the globe.

the years, given their lives in the service of others,” she said.

“It’s also important that we – as a legitimate global military and Hospitaller Order - claim our proper place at such commemorative events.”

Dame Tamra was assisted at the wreath-laying by her son, Jamie. 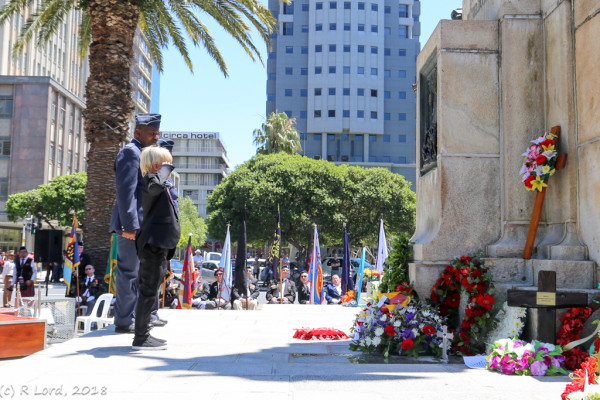 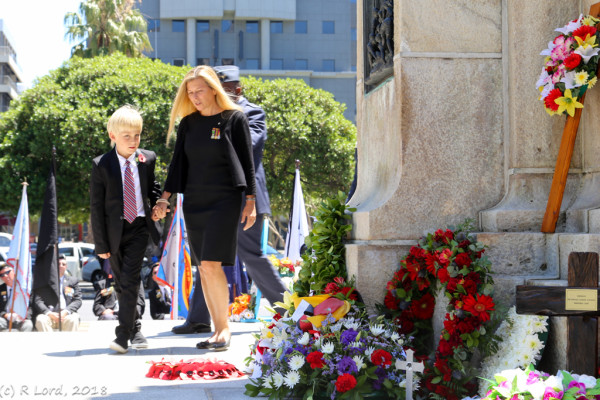 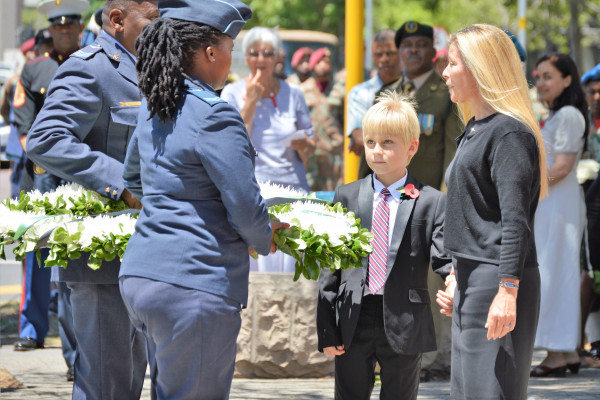